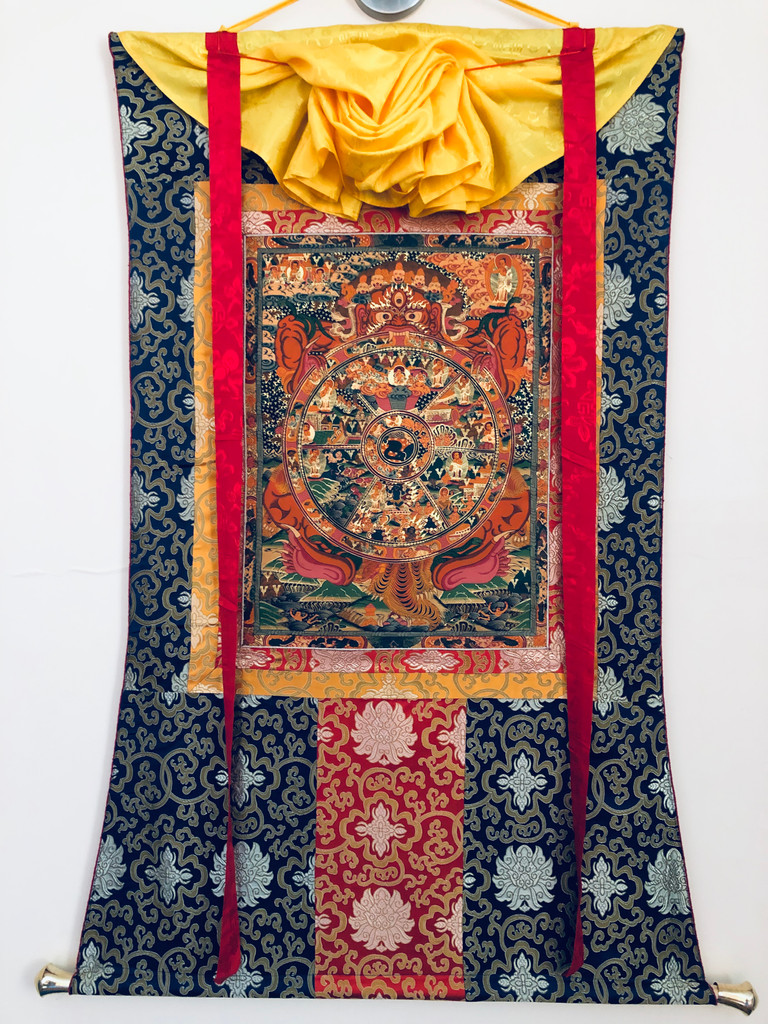 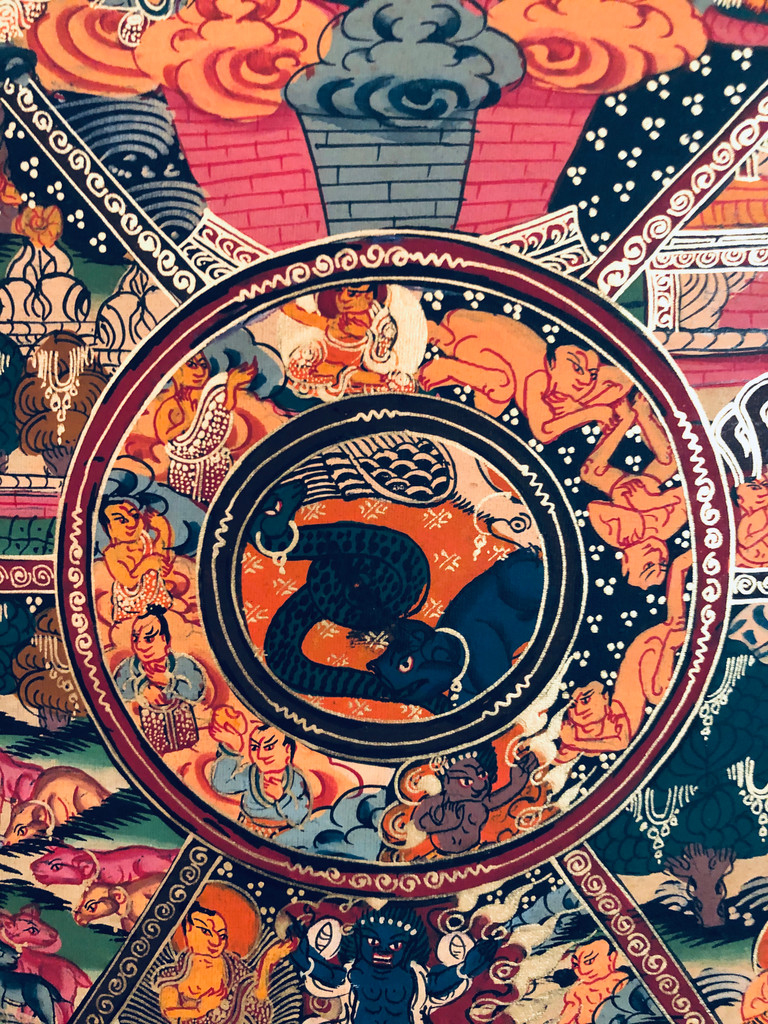 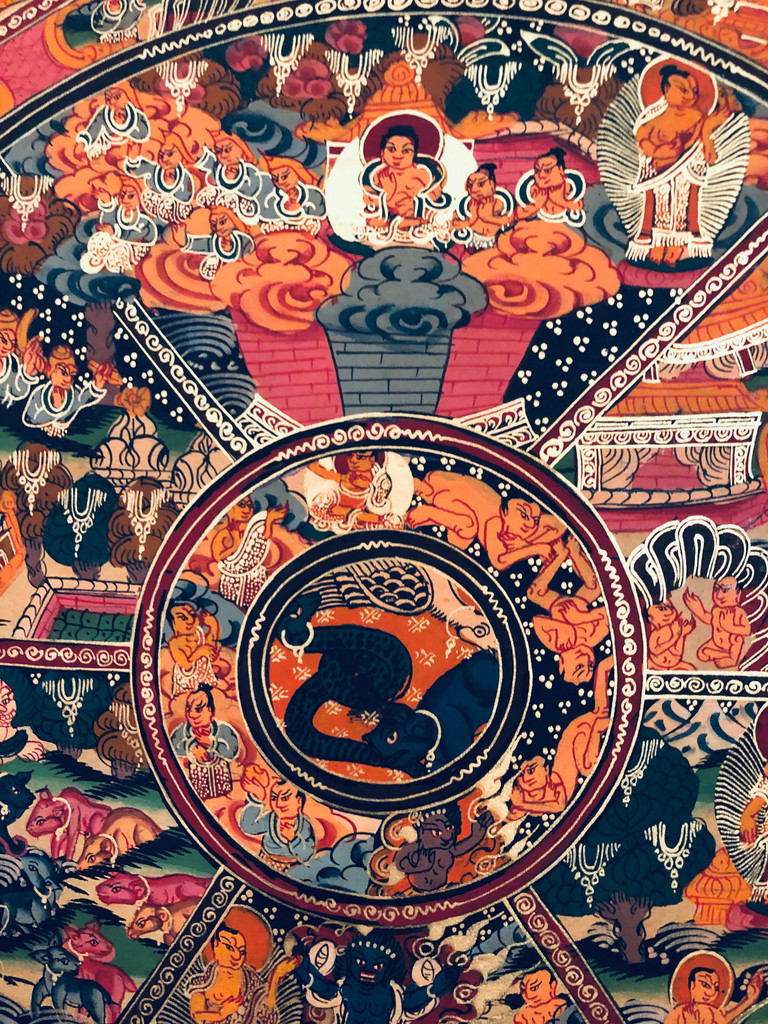 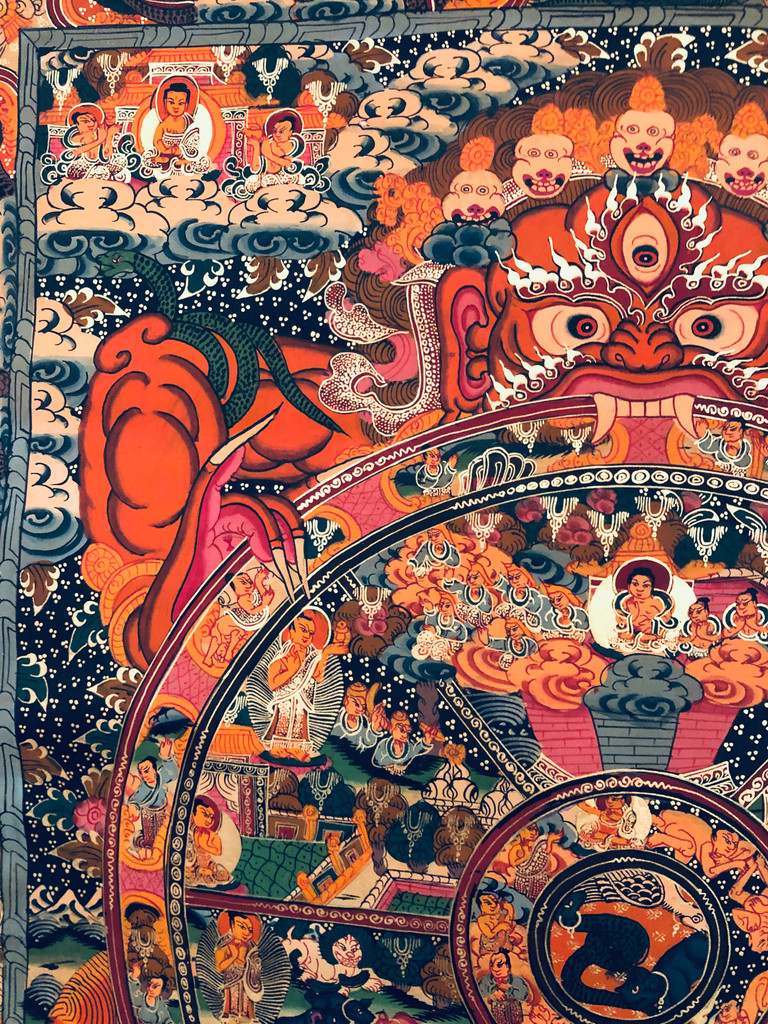 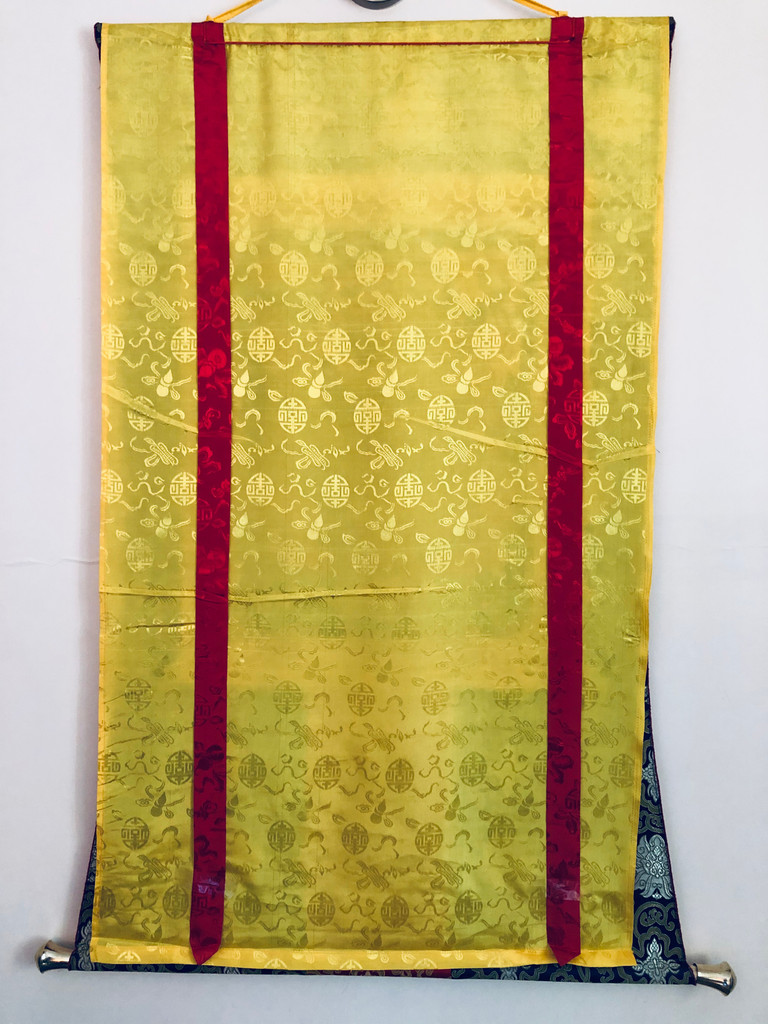 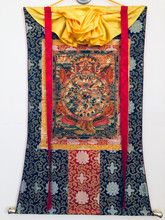 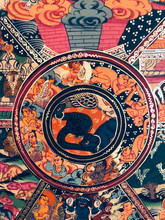 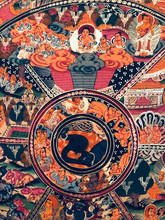 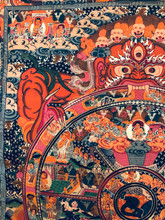 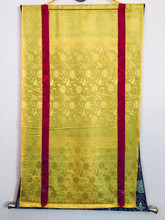 Walking into most Tibetan Buddhist monasteries, you are greeted by the Wheel of Life.  This beautifully hand-painted Tangka was carefully painted by a Newari artist in the Kathmandu Valley of Nepal.  This Tangka hangs in a hand-sewn silk frame that includes a cover than can cover the painting and protect it when rolled or being moved.  This is a detailed painting that would be a perfect addition to a home, yoga studio or meditation space.  This tangka serves as a reminder of the impermanence of life and the role of cause and effect.

This intricate design is believed to have been drawn first by Buddha himself.  It portrays the endless life circle of human beings.  A minister demon, Yama, the god of death, clutches the wheel.  The center of the wheel has a small circle with a pig, snake and rooster that each symbolize a cardinal sin; ignorance, anger and lust.  The animals are biting one another, which symbolizes their interconnectedness.

Moving out from the center is a narrow circle.  The light half shows figures rising to higher levels of existence.  The dark half shows figures descending to lower levels.  The six main segments of the wheel depict the six worlds of existence.  In the upper half are the relatively happier realms of the gods (in the center), the asuras or demigods and human beings.  In the lower half are the more wretched realms of the animals, the hungry ghosts and souls tortured in hell.  The in the outer rim of the wheel, twelve scenes depict the chain of cause and effect.

Two men in a boat=mind and form

An arrow piercing the eye of a man=feeling

A new woman giving birth=rebirth in a new existence

A man carrying a corpse on his back=death

Life’s impermanence is shown by having the entire Wheel of Life, including the gods, held in Yama’s claws.

Be the first to review this product.

Create an account with us and you'll be able to:

Fill in your email below to request a new password. An email will be sent to the address below containing a link to verify your email address.